When we talk about muscular dystrophy, we are not talking about a single disease but rather about several that are grouped under this name, which have common characteristics, presenting themselves in the muscles. Now, do you want to know more about what muscular dystrophy is? 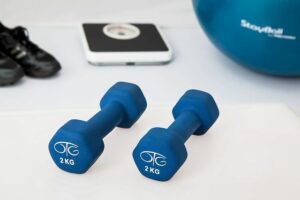 As we already told you, dystrophy occurs in the muscles of any part of the body, but mainly in the extremities, even causing problems walking for those who suffer from it. It also occurs in children, although it also usually appears in adolescents and adults.

Dystrophy can be a condition received by one or both parents as you will see later, it also depends on the age, the type and the different symptoms that it presents, although they have a common ending, despite not presenting equally and it is the loss of functions

Dystrophy consists of a weakening of the muscles depending on the type it presents, and there is no cure for it; however, the person can live maintaining a treatment that reduces or moderates the symptoms that he may feel.

What do you need

The treatment of muscular dystrophy can be controlled according to the following:

Muscular dystrophy is a group of symptoms that change depending on the type that is present, whether mild or severe, which makes it impossible for the person to be completely disabled, so it can become quite severe in some cases.

Muscular dystrophy can be of several types, which are:

Dystrophy has various symptoms that vary according to the person’s age, the type they suffer from and its severity, although the following may occur in a common way for each of the muscular dystrophy tips found:

It is the type of dystrophy that presents a more considerable severity, due to the lack of strength in the muscles, helping that there may be more injuries to this part of the organism, taking into consideration that the weakening of the muscles causes flaccidity of the same.

It usually occurs in the muscles of the thighs and pelvis, presenting the following symptoms:

The appearance of this type of dystrophy occurs in male children at an age between three and five years; children who present this condition do not usually reach maturity, dying before the age of twenty due to various problems, due to breathing complications.

It is caused by the deficiency of a necessary protein in the muscles, having an advance that can go progressively and quickly or slowly, so it depends on the person who attacks this type of condition, presenting the following symptoms:

It usually occurs in adults of both sexes, with two well-differentiated types 1 and 2 being found, with grade 1 myotonic dystrophy being the most frequently seen, with severe symptoms that include the following:

Apart from all this, people who suffer from this type of condition have the particularity of having heart problems, a cause of death between the ages of thirty or forty, presenting itself after the age of twenty, so it occurs in adulthood and not in childhood.

It is caused by the lack of a protein in the muscles, affecting the nervous system and therefore the reflexes of the person suffering from this condition are usually diminished, hindering various functions of the extremities. You also have the following symptoms:

Congenital dystrophy is detected at an early age of three years or even much earlier, that is, from the very moment of birth in both male and female children, reaching movement problems from the first moment.

Children with this disability have problems sitting or standing on their own, hence the help they always need, likewise some may not learn to walk having to be in a wheelchair all their lives; on the other hand, some die in infancy or in adulthood.

Emery-dreifus dystrophy is a condition that attacks the part of the cell, internally to the muscle, affecting the upper muscles of the extremities as well as the lower ones, having problems walking and presenting the following symptoms:

People who have this type of condition experience the first symptoms at the age of ten or even years later, appearing in both men and women, and have heart problems that cause early death.

This type of dystrophy affects specific areas that range from the face, shoulders, and arms, so it is known that they affect muscles of defined parts, starting with the eyes and mouth as the starting point for the other symptoms that presents, being these:

It can affect children of both sexes starting at an early age or is not reflected until middle age; they usually lead a regular life, but also in some cases complete disability can be generated, depending on whether they have severe symptoms.

Waist dystrophy is inherited from a parent who is a carrier of the disease or in cases that are usually fortuitous and severe from both parents, affecting males and females alike, due to gene mutations, presenting the following symptoms:

Girdle-girdle dystrophy affects children, adolescents or adults over forty years of age, having the alternative of being slowly or rapidly progressive depending on the severity of the patient; all people who have this disease stop walking after the age of twenty.

Distal dystrophy affects the muscles of the hands, forearms, thighs and feet, affecting males and females alike, with no discrimination for this part and which must be taken into account as its symptoms are the following:

This type of condition usually affects people or adults between 45 and 65 years of age, having the possibility of advancing slowly, but with an end in which the individual will need artificial respiration to live the time that remains. life.

Oculopharyngeal dystrophy affects men and women equally between forty and fifty years of age, with a severe or mild form depending on the degree of the disease that is generally reflected on the face and can present the following symptoms:

What to Take for Muscle Pain?

GainsMuscle Staff - December 26, 2021 0
Physical exercise is essential to be able to maintain an active and healthy lifestyle, since it has innumerable benefits such as improving the activity...

What Are the X Games?

GainsMuscle Staff - April 26, 2021 0
The X games are a competition that shares many similarities with the Olympic games. Well, it is a sporting event that takes place from time...

How to Train in The Gym

GainsMuscle Staff - November 6, 2021 0
It is just as important to know what you need to do to improve as it is to do it just as well. And why...